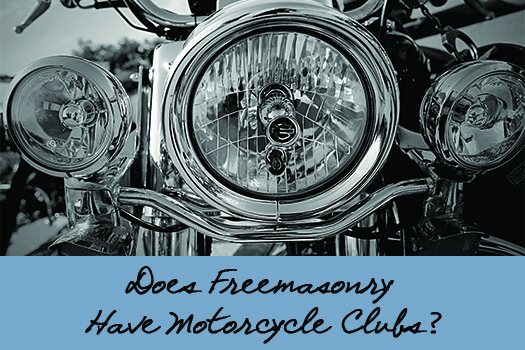 Does Freemasonry have it’s own Motorcycle Clubs?

Does Freemasonry have it’s own Motorcycle Clubs? Yes, Freemason Motorcycle Clubs do exist. Not every Grand Lodge acknowledges every one of them.  The most popular Masonic MC’s are: The Widows Sons; The Low Twelve; The Temple Guard; The Seekers of the Light; The Ruffians; The Free Runners; Hiram’s Travelers; Stone Templars; & The Stolen Souls; plus numerous others not listed.   Also, the Shrine has a big Harley Motorcycle unit in each of their regional locations around the country.

Why does Freemasonry allow Motorcycle Clubs?

Simply, the Freemasons are a caring friendly group of men interested in doing fun things together. Riding a motorcycle is just another way for Masons to meet and have fellowship with each other. All Masonic MCs are not ‘one percenters’ and they generally don’t have 3 part/piece patches on their jackets. No Freemason club is an outlaw club. They are good men who enjoy riding with their brothers.

How the Masonic Membership setup for a Masonic Motorcycle Club?

Membership in a club is defined in numerous levels. These are similar to most mainstream biker / riding clubs. They are defined as – Full Patch Members, Associate

Members,Prospects, and Hang Arounds. Each club will define these in detail but this article is simply sharing the norm.  It is wise to ask for the membership levels / dues and sharing your Masonic Membership card prior to joining any club.  It is also important to understand what the bylaws and code of conduct for the members in the club would be as well. Most clubs require a minimum bike’s engine size to be a club member too.

The average code of conduct for a Freemason Biker Club is very straightforward. It will tell all it’s members that they are expected to conduct themselves in a manner so as to bring honor and respect to the club at all times. Further, any actions, by a member, deemed detrimental to the organization, shall be cause for review under the disciplinary procedures and could result in discipline up to or including suspension or expulsion from membership. Lastly, if the actions very un-Masonic in nature – a brother can be brought up on charges in his blue lodge or grand lodge.

Masonic motorcycle riding clubs are not like the Sons of Anarchy show from the television. At no time should any Master Mason become associated with 1% or “outlaw” organizations. Such association shall be deemed grounds for immediate suspension and possible revocation of membership. Further, it could be deemed as un-Masonic in some Grand Lodges. This could cause the Brother Mason to be removed from the fraternity if he is found guilty of these charges. Further, MC members may join or be associated with other charitable Riding Clubs. Such as the Patriot Guard, Bikers Against Child Abuse or Bikers Against Animal Cruelty. Each club has the right to grant approval of the Club’s Membership or by the club’s leadership. Other clubs may request the member surrender his patch and resign the club. So it is good to ask these questions prior to joining.

There are requirements to be a Full Patch Member in the club.  Here is a list of some generally accepted requirements for a Brother Mason to be ready for prior to joining:

There are requirements to be a Prospect Member in the club.  Here is a list of some generally accepted requirements for a Brother Mason to be ready for prior to joining:

Does Freemasonry have it’s own Motorcycle Clubs? – Leadership of the Masonic Biker Club 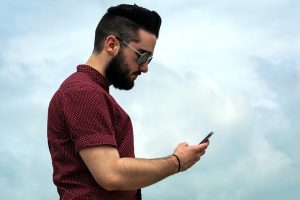 Understanding who are the Officers and What responsibilities is important to understand prior to joining too. The main club officers are elected by the club. Normally, these officer roles are as follows – President, Vice President, Secretary, Treasurer, and Executive Board Members . Furthermore, the requirement of an elected position is normally one year in the office, on time with dues payments, and the brother should be a full patched member. But, some clubs are smaller or have dedicated Masons with longer terms of office. Lastly, any valid challenge for office is made by a full patched member or by a vote of no confidence is held based on gross negligence if necessary.

Additional officers appointed can be a Sergeant at Arms, a Road Captain, and a Tail Gunner. Some clubs have several brothers serving in these roles while other clubs mandate only one man can be appointed in a given 12 month period. These positions are generally appointed only by the President and/or the Vice President.

What does the Masonic Motorcycle Club President do?

Here is a brief overview of what some of his executive duties normally are:

What does the Masonic Biker Club Vice President do?

Here is a brief overview of what some of his executive duties normally are:

What does the Masonic Biker Club Secretary do?

The executive duties of the secretary are as follows:

What does the Masonic Biker Club Treasurer do?

The executive duties of the treasurer are as follows:

What does the Masonic Biker Club Executive Board Member do?

What does the Masonic Biker Club Sergeant at Arms do?

The duties of the Sergeant at Arms are as follows:

What does the Masonic Biker Club Road Captain do?

The executive duties of the road captain are as follows:

What does the Masonic Biker Tail Gunner do?

The executive duties of the tail gunner are as follows:

As the website author, I am spending hours researching article topics and answering popular questions readers think about.  Take time to read more articles on Masonic Gear or Freemasonry 101 to learn more about the Freemason fraternity now. Thanks!